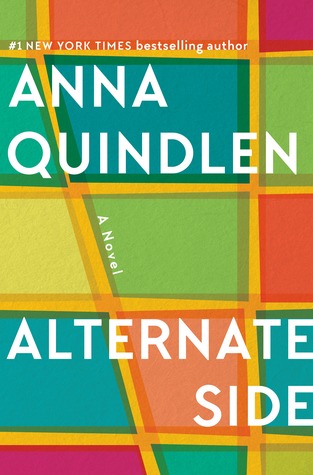 The tensions in a tight-knit neighborhood—and a seemingly happy marriage—are exposed by an unexpected act of violence in this provocative new novel from the #1 New York Timesbestselling author of Miller’s Valley and Still Life with Bread Crumbs.

Some days Nora Nolan thinks that she and her husband, Charlie, lead a charmed life—except when there’s a crisis at work, a leak in the roof at home, or a problem with their twins at college. And why not? New York City was once Nora’s dream destination, and her clannish dead-end block has become a safe harbor, a tranquil village amid the urban craziness. Then one morning she returns from her run to discover that a terrible incident has shaken the neighborhood, and the fault lines begin to open: on the block, at her job, especially in her marriage. With humor, understanding, an acute eye, and a warm heart, Anna Quindlen explores what it means to be a mother, a wife, and a woman at a moment of reckoning.

I received this eARC from Netgalley in exchange for an honest review. The opinions of this book are my own, and are not influenced in any way.

I had to really think about both what I liked, and disliked about this book. Honestly, I don’t think I got very much out of it, but somehow, I know that I would pick up another one of Quindlen’s books if the synopsis sounded good enough. Maybe one day, when I am less distracted, I will go back and reread this, and have a greater appreciation for the story as a whole.

I was excited to review my very first eARC, and look forward to getting into, and posting more in the near future. I think I have about 8 more from Netgalley that I haven’t opened yet. I am trying to offset my reading by getting to one physical book, and then one on my kindle (so that everyone gets a turn).

I did manage to pull a quote out of the story that I liked though- and with my handy Kindle, I can simply just highlight it, and it stays on there for as long as I’d like :]

People go through life thinking they’re making decisions, when they’re really just making plans, which is not the same thing at all. And along the way, they get a little damaged, lots of tiny cracks, holding together but damaged still.

The first half of that quote really resonates with me right now. It is something that made me pause, and think about the “decisions” I have made.

I let my boyfriend choose my next read by showing him the covers of four different books I had on my TBR.