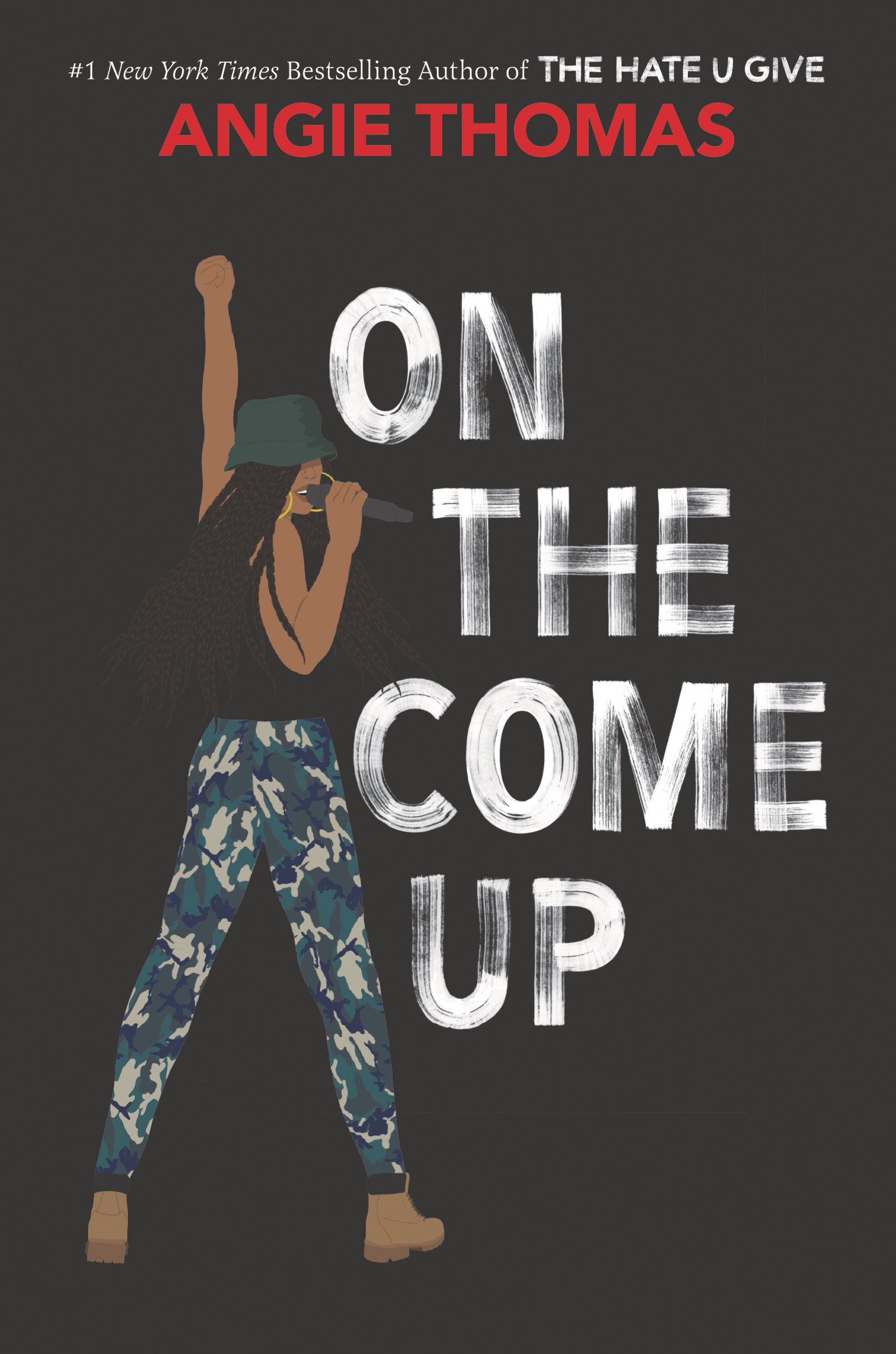 Sixteen-year-old Bri wants to be one of the greatest rappers of all time. Or at least make it out of her neighborhood one day. As the daughter of an underground rap legend who died before he hit big, Bri’s got big shoes to fill. But now that her mom has unexpectedly lost her job, food banks and shutoff notices are as much a part of Bri’s life as beats and rhymes. With bills piling up and homelessness staring her family down, Bri no longer just wants to make it—she has to make it.

On the Come Up is Angie Thomas’s homage to hip-hop, the art that sparked her passion for storytelling and continues to inspire her to this day. It is the story of fighting for your dreams, even as the odds are stacked against you; of the struggle to become who you are and not who everyone expects you to be; and of the desperate realities of poor and working-class black families.

I mean, it was an Angie Thomas novel. I never expected less than brilliant and I wasn’t disappointed. Truthfully, the description wasn’t something that I would have picked up on my own browsing the shelves for the next greatest read. BUT since it was Angie’s, it was an autobuy/read for me. I had trouble getting into it in the beginning, I won’t lie to you, but by the end I was like “yup, there it is!” Angie has such a magical way of making you feel for, and love every single character in her stories, like you are part of that friend group, and while they may have their flaws, you love every single one of them at the end of the day, all for different reasons. Her writing is so… flattering. It is beautiful but also readable, and relatable. She makes references that you feel like you can touch, and rarely feel out of place or forced. It is just magical the way she puts words on the page.

This was a hard book to rate. The story was just ok for me. I mean I loved the characters, I loved the writing but the storyline itself was just meh. I wasn’t AS invested in it as others so far this year. But that could just be me. While I love a good character-driven book, I need a really interesting plot to pull me through to the end. Don’t get me wrong, I love Angie Thomas. She is an auto buy/read author for me, and probably always will be, but this just wasn’t my favorite.