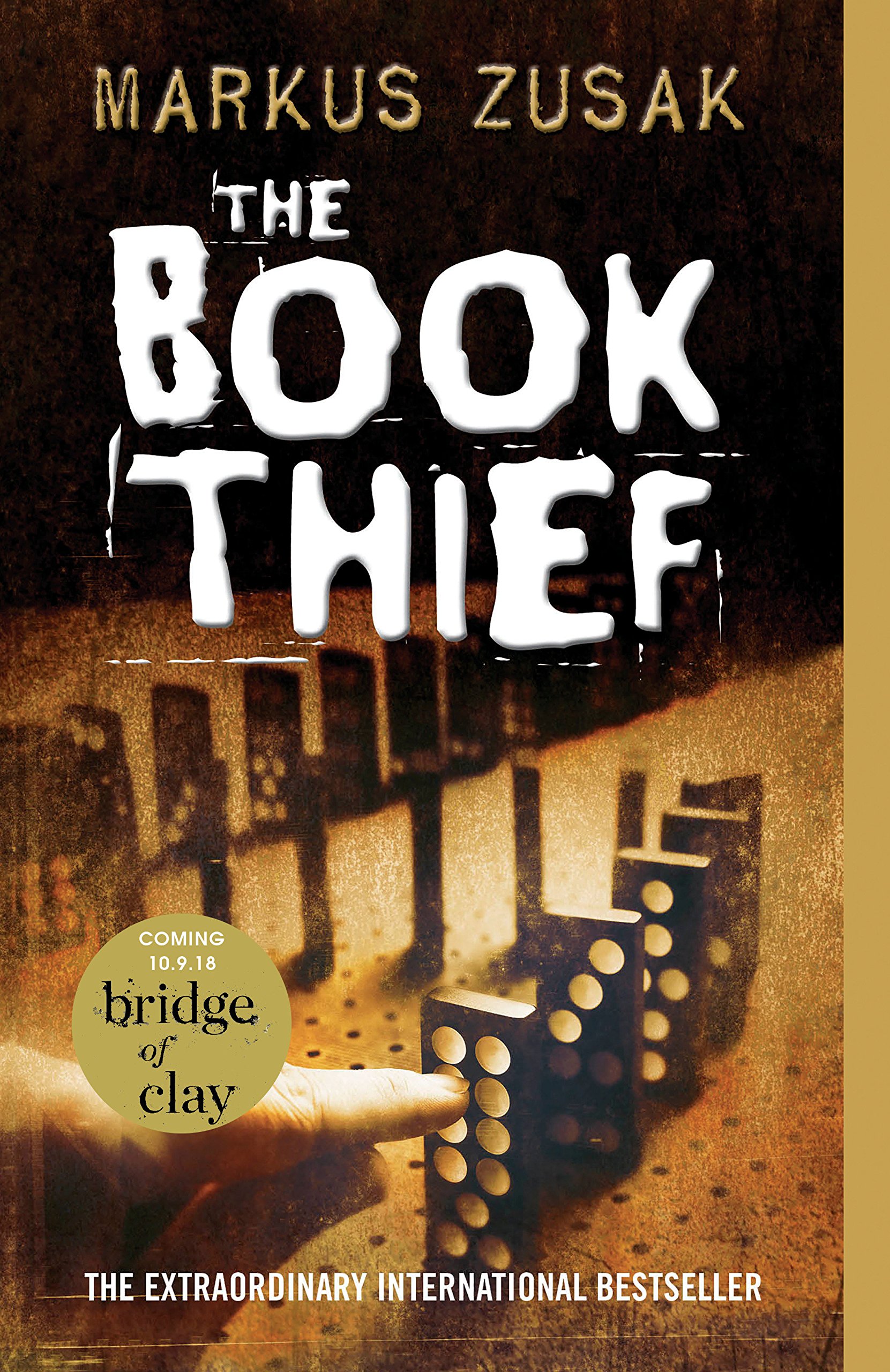 It is 1939. Nazi Germany. The country is holding its breath. Death has never been busier, and will be busier still.

By her brother’s graveside, Liesel’s life is changed when she picks up a single object, partially hidden in the snow. It is The Gravedigger’s Handbook, left behind there by accident, and it is her first act of book thievery. So begins a love affair with books and words, as Liesel, with the help of her accordian-playing foster father, learns to read. Soon she is stealing books from Nazi book-burnings, the mayor’s wife’s library, wherever there are books to be found.

But these are dangerous times. When Liesel’s foster family hides a Jew in their basement, Liesel’s world is both opened up, and closed down.

In superbly crafted writing that burns with intensity, award-winning author Markus Zusak has given us one of the most enduring stories of our time.

How could that woman walk? How could she move? That’s the sort of thing I’ll never know, or comprehend – what humans are capable of.

They say that war is death’s best friend, but I must offer you a different point of view on that one. To me, war is like the new boss who expects the impossible. He stands over your shoulder repeating one thing incessantly: “Get it done, get it done.” So you work harder. You get the job done. The boss, however, does not thank you. He asks for more.”

I was lucky enough to participate in a buddy read for this book. Joe over at Stories of Storeys and I were talking about another book we had both recently read (Dread Nation) and really enjoyed the banter. We decided it might be fun to do an actual buddy read the next time, so we compared TBRs and found The Book Thief as a common book between us. And so it was decided that we would read it together in the month of March.

Joe split the book up into sections of 40 ish pages (per day) and we were to talk at the end of each section to get out some thoughts and initial feelings. Our reading experiences were almost complete opposites from the start but to be honest, it made the reading experience feel much more rich, at least for me. He liked it a lot more than I did, rating it an entire star more than myself. But we both felt that we were expecting more from the ending. The time spent on each character, developing them into people we loved and cared for, we expected bigger, more dramatic endings for them. We knew some of them would die, that is a given when you read about war. And the narrator does tease the deaths for almost all the characters throughout the entire book, but somehow we both felt let down by the actual event.

To be honest, I probably would have DNFed this book if it weren’t for Joe. I am really glad that I pushed through though. I even ended up rating it an entire star more than what I originally wanted to, because of the experience of reading it together.

Like I mentioned before, I don’t think I would have finished this book had it not been a buddy read with Joe. And actually, Joe made me realize feelings that I didn’t know I had. For example, I really didn’t believe that I cared at all for any of these characters, but in actuality, I did! I did like reading about them, getting to know them. I just didn’t enjoy the narration of their lives I suppose. It was much too slow, and I could not hold on to interest while reading it. I mean I liked some parts, but I never had that “need to keep reading, one more chapter” kind of mentality for this book. It was just ok for me.

I know that this is an unpopular opinion because a TON of people in this community love this book. It could probably even be considered a quintessential read, but it just didn’t click with me. I liked the historical element, I liked the literacy focus, I even liked a bunch of the characters, but it just didn’t add up for me. There was always a disconnect somewhere that prevented me from really enjoying this book. I am glad that I read it though, and I am especially glad that I read it with Joe. I think that it was a wonderful experience, and I look forward to many more in the future.

Where was someone to alleviate this robbery of his life? Who was there to sooth him as life’s rug was snatched from under his sleeping feet?

No one. There was only me.

As a side note- does anyone who has read the book have any opinions about the movie? Was it worth watching? Please tell me what you think so I don’t waste my time on another crummy adaption :]

Bookmarked is doing their very first (live) Book Discussion at the end of this month, and their book choice was Daisy Jones and the Six – Taylor Jenkins Reid. Since I still have some time before the live discussion, I think I will pick this up and try to finish it quickly.