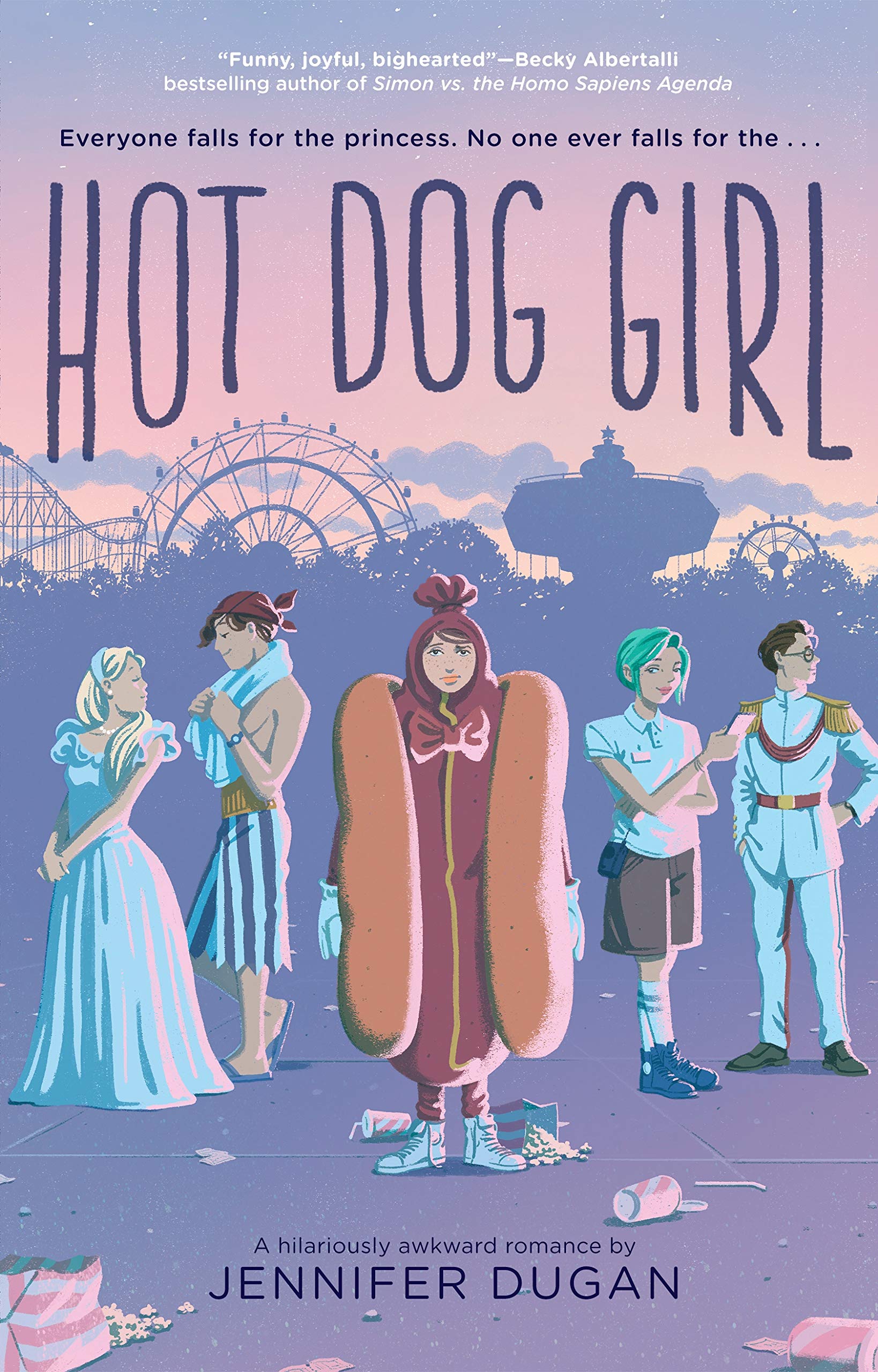 Elouise (Lou) Parker is determined to have the absolute best, most impossibly epic summer of her life. There are just a few things standing in her way:

* She’s landed a job at Magic Castle Playland . . . as a giant dancing hot dog.
* Her crush, the dreamy Diving Pirate Nick, already has a girlfriend, who is literally the Princess of the park. But Lou’s never liked anyone, guy or otherwise, this much before, and now she wants a chance at her own happily ever after.
* Her best friend, Seeley, the carousel operator, who’s always been up for anything, suddenly isn’t when it comes to Lou’s quest to set her up with the perfect girl or Lou’s scheme to get close to Nick.
* And it turns out that this will be their last summer at Magic Castle Playland–ever–unless she can find a way to stop it from closing.

Yikes. This was a tough pill to swallow. After hearing about it, this quickly moved it’s way up to the top of my most anticipated list. I HAD to have it. I still find myself staring at the cover art and just being so disappointed because for something so beautiful on the outside, it sure reaked of crap. The whole thing was a big mess. The characters were immature and selfish, the “schemes” were extreme and irrational. Just Elouise’s inner monologue breaking down that she knew all the times she was being shitty and still did those things? It was infuriating. The ending was predictable and disappointing. Basically it teaches you that if you cry enough, you may get exactly what you want regardless of how you treat people on the way. It doesn’t convey a great message for teens, it encourages using your friends to breakup someone else’s relationship…because YOU want them. Again, just such a mess. I actually saw a rant review on Youtube about it, and she hits all the same points. You can view that here:

I am sorry to say this was a huge dud for me. Now the real issue is whether I hold on to the book because it’s gorgeous or if I eventually unhaul.