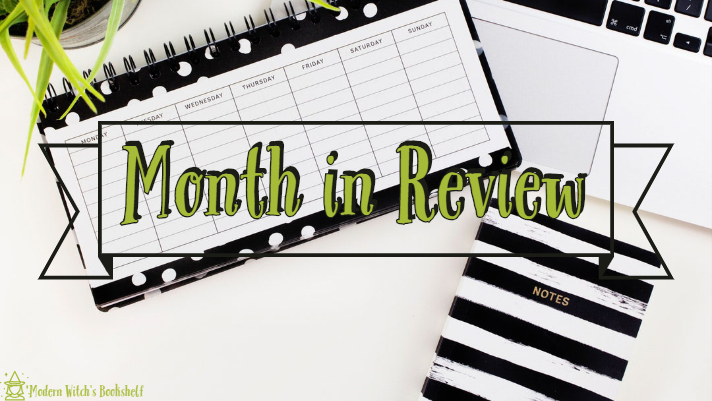 July was TOUGH man. I tried really hard to stay on top of things. In the very least I made sure I read/commented on other blogs throughout the month, though I did forget about saving my favs for the Community Highlights section…However, I did read! I just didn’t find the drive to fully review anything. I feel like that is going to be the case for the next couple of months too. I have a lot on my plate and while it may seem like I am absent, I promise I am still around and still reading, but not posting as much. Also- apparently I don’t write reviews anymore? This is not ok…I’ve gotta work on that too..

If I’m Being Honest by Emily Wibberley & Austin Siegemund-Broka

This was a bit of a slow burn. I won’t lie, I had some trouble staying interested at the beginning. The main character seemed just a bit too selfish and superficial to be someone I would be interested in rooting for. Once the plot got going, and Brendan was introduced though, it got really interesting. I loved Brendan’s sister, and their whole friend group. I really loved the added Rocky Horror element too, I thought that was fun and it reminded me of my friends getting excited about dressing up for Halloween and/or really getting into certain movies in high school (Dr. Horrible comes to mind). I loved that while it was semi predictable, it was still interesting. Brendan was easily my favorite character. I found his character arc to be the most believable and fun to watch unfold. It was nice seeing him come out of his shell and really own who he was. It was a pretty great “retelling” in my opinion, and now I am excited for their next book.

Fix Her Up by Tessa Bailey

Well. Apparently I am in the mood for smutty romances this summer because I flew through this book. I picked it up because it actually takes place in a specific town on Long Island (where I am from) that is sort of close to where I grew up! How exciting! That, adding the cutesy illustrated cover I have been super attracted to (see also Red White and Royal Blue) and the “fake dating” trope and I was S-O-L-D. I knew going in this was going to be a full blown romance with all the “sexy” content and whatnot, which made me nervous, however, I rather enjoyed it! I did have some issues with the writing being repetitive but ended up really falling in love with the characters so that kind of tossed that irritation to the wayside. It follows two people, Georgie Castle who just wants to be taken seriously, and the smoldering recently “retired” professional baseball player from her childhood, Travis Ford. Georgie is the youngest sister of a predominant family in town and has always been seen as just that, even though she is now 23 and “ready to mingle.” Travis is the hot celebrity in town, also known for his uh “bat” and womanizing behaviors. He has recently been forced into retirement due to an injury and is licking his wounds in his hometown. Presented with a way to get back to the game, Travis must now prove that he is more than what his reputation shows. Him and Georgie agree to enter into a fake, serious relationship to fool the people in their lives into thinking they are more than what they appear.

I actually really really liked this one. I knew exactly what was going to happen, and figured out the big “twist” way early, BUT it was still a fairly enjoyable ride. It was loosey inspired by the movie You’ve Got Mail, one of my personal favorites. I think what made it so good though was the focus on the characters. It was a bit longer in the contemporary category, but it was filled with character back-story and development which I really appreciated. Granted, some of the scenes were a bit cringy, but overall, I walked away really interested and caring for these characters which is all you can really ask for in a book, right? Alex Approximately is about a teenage girl who has decided to move across the country to live with her dad in California. Things with her mom and step-father have gotten to be too much so Bailey switches gears. Her dad gets her a job at a local tourist attraction called The Cave, where she meets her new best friend (Gracie) and sworn enemy (Porter). Everyone is hiding big secrets though, and we spend most of the time finding out what they are, and how the characters can overcome them.

Listen to Your Heart by Kasie West

This was exactly what you would expect it to be. It was a fluffy, quick romance-y book that you could probably read in one sitting. It did throw me off because of the cover images, I thought it was a summer-y book but it actually takes place within the first two months of the school year. I liked the lake kids vs. city kids theme throughout the book, I thought it was a unique spin. The characters were mostly fine, but the “twists” and “reveals” were guessed way before they become known. It was cheesy but not horrible. I was hoping for a bit more swoon but that’s fine. It was just fine, though I did like the added element of the school’s podcast. I thought that was super cute, and would have been an awesome edition to my own high school, although I can’t imagine my high school’s teacher overseeing the podcast would be as interested in ratings as this one was.

We Are Okay by Nina LaCour

For such a short book, it felt like eternity to get through. It was a sad story that actually made so anxious just reading it. I was relieved to finish it. Marin is a freshman in college and has traveled across the country for school. What we don’t know until a little later is that she just picked up and left her southern California hometown two weeks before move in day. Fast forward to winter break and Marin the only soul on campus (besides the groundskeeper Tommy). She was granted special permission to stay over the course of the break in the college dorms because she had no where else to go, though, that is not entirely true. It was short but definitely not sweet, filled with loneliness, dead family members, and an imploded friendship tainted by the past. It was fine. The writing was beautiful but the story made me so anxious that I just pushed through to get to the end without appreciating it.

Pages Unbound Reviews: The Unacknowledged Nuances in the Argument for Choice in School Reading

Snow White Hates Apples: Food For Thought- Buzzfeed’s “YA Twitter Can Be Toxic but also Points Out Real Problems

I have read both of Riley Sager’s other books so far so I obviously had to add this to my box this month. 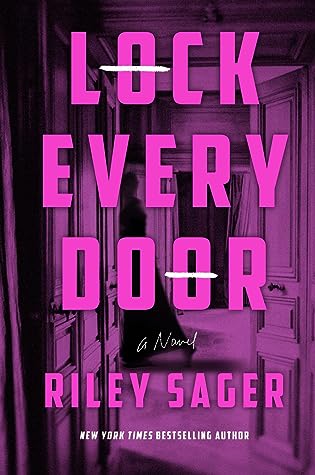 Rewatch: The Notebook, Moana, Catch Me If You Can, Harry Potter and the Sorcerer’s Stone

How was your month of reading?